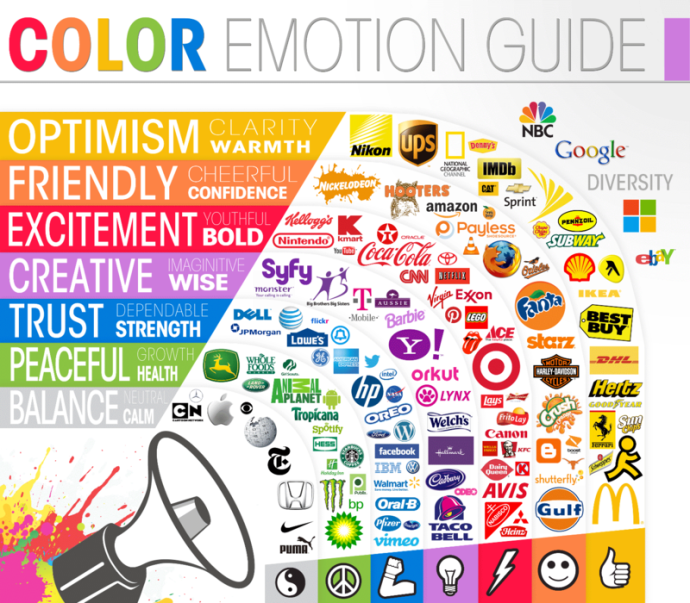 Source: The Logo Company
How Colors Affect What You Buy—And Why You Buy It

Why is Facebook blue, and Google multicolored? Why does your wardrobe tend to feature the same color pattern? Why do politicians prefer red or blue ties? And how does Apple convert chromatic pickiness into marketing brilliance? To answer these questions, and many more, we dig deep into the psychology of color marketing, explaining how colors affect what you buy, why you buy it, and when you buy it.

Tell us what you think of this research – we value our readers’ feedback.

Color Psychology 101: What Each Color Means

When was the last time you bought a product based just on its color? Not long ago, maybe. Impulsive purchases—like the rational ones—center on many factors, including relevance, packaging, brand appeal and aesthetics.

When consumers make decisions, they take fairly limited time, and yet the factors, including visual and need, that influence their choices can be quite complex, says Ravi Dhar, Professor of Management and Marketing at Yale University and Director of its Center for Customer Insights.

Color psychology helps organizations understand the chromatic mechanics that affect purchases, as well as the meaning of each color and how it affects consumers’ decisions. 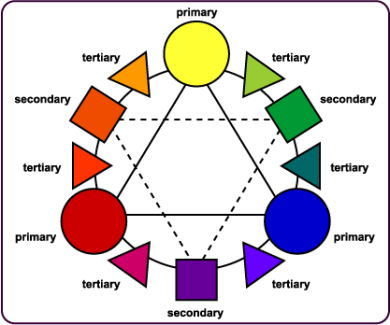 BLACK conveys an air of mystery, secretiveness and hidden things. It also communicates a penchant for seriousness or a willingness to be taken seriously.

WHITE  conveys perfection and purity, and is the amalgamation of all rainbow colors. It also channels a sense of innocence, sainthood and wholeness.

GRAY  means transition, impermanence and compromise, being neither black nor white and seen as a transition between both non-colors.

SILVER  is mysterious and fluid, draws on the impermanence of gray, and conveys deep emotions. It has a feminine energy and is powerful yet subtle, unlike gold.

GOLD  has a masculine energy and conveys triumph, success and prosperity—doing it in an active, bright way. It reflects, or is mostly associated with, material wealth, prestige, sophistication and social prominence.

TURQUOISE  conveys idealism and utopia, but often represents spirituality and clarity of mind. It’s an effective color for multimedia communication, especially in infographics and video content.

PURPLE  is the color of creative people and folks with boundless imagination. It can express childishness, unfettered idealism, immaturity and utopia.

BLUE  means peace, loyalty and trust. It often conveys a penchant for strictness, integrity and conservatism.

GREEN  suggests growth, prosperity and personal balance. It conveys a sense of emotional equilibrium and is the color of renewal and rebirth.

YELLOW  conveys a cheerful and optimistic personality, yet is often associated with impatience, unbridled excitement, intolerance and criticism. It is also the color of the mind and the intellect as well as material wealth—a criterion it draws from its chromatic closeness to gold.

ORANGE  optimism and a knack for social communication. But it may be associated at times with cynicism and superficiality.

RED  conveys impermanence, switching from negative to positive emotions, depending on the time, the individual and its cultural attributes. It can mean danger, strictness, passion, intellectual brilliance, spirituality and enthusiasm. 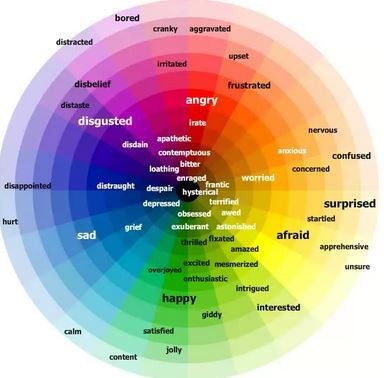 Age plays a significant role in color inclinations, and organizations should spend sufficient time studying the chromatic preferences of their target niche, says Nancy Puccinelli, a color-marketing expert at Oxford University’s Said Business School and one of the world’s leading experts in consumer behavior.Breaking down the color spectrum along the age line is an effective way to understanding a company’s clientele and to producing tailored content. 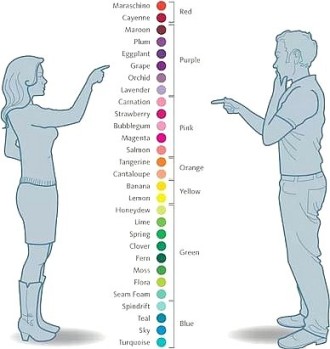 Conventional wisdom, at least in the Western world, dictates that blue be assigned to men and pink be ascribed to everything female-oriented. This allocation is effective to some extent, although research has shown that blue tends to be appreciated by most people, irrespective of their gender, culture, education, job, social status—you name the criterion. Consequently, brand experts and visual-psychology experts recommend blue as the safest bet for every market. (Hint: What is Facebook’s brand color?)

• Are more open than men to trying new colors.

• Relish a wider range of colors.

• Tend to be dressed in pink when they’re infants.

Color Choices and the Weather

Which Color Will Suit Your Business? 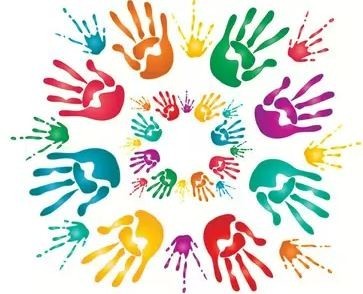 • BLACK is often associated with negativity, evil, bad luck and mystery (in the Middle East; in Judaism and in Christianity; and in some countries in the Far East, such as India, Thailand and Japan). It reflects power and control as well as death and mourning in the Western sphere, while representing age and wisdom in some parts of Africa.

• WHITE conveys purity, angels and positivity in the West, whereas it represents the color of death, sadness and funerals in the Eastern sphere. For example, white may epitomize misfortune in China, unhappiness in India and death in Japan (white carnation).

• MAGENTA in Western culture represents a mishmash of traits, from spiritual and down-to-earth to imaginative, creative, compassionate and free thinker.

• PINK is the feminine color of choice in the Western and Eastern spheres. It expresses love and romance as well as nurturing and caring.

• PURPLE conveys royalty, wealth, prestige and privilege in the West and in some Eastern countries. For example, it is the color of choice for high-ranking positions of authority, such as Purple Heart, the military honor.

• BLUE is associated with spirituality in many faith systems. It’s Jesus Christ’s color in Christianity; means holiness in Judaism; and is Krishna’s color in Hinduism. Across cultures, blue means peace and calm, masculine energy, stability and conservatism. For Easterners, blue is the color of immortality, heaven and spirituality.

• GREEN is the color of Islam and represents strength, growth, wealth and prestige in the Middle East. In the West, green is often associated with money, rebirth, hope and luck as well as love for nature and environmental awareness.

• YELLOW is a sacred color in the Eastern sphere, and often suggests royalty or imperial privilege. In the West, it means happiness, excitement, hope and caution (as in the yellow traffic sign)

• ORANGE is linked to spirituality in the East (for example, saffron in Hinduism). It also means happiness and royalty; for example, orange is the official color of the Dutch Royal Family.

• RED in the West conveys a warning (stop sign, traffic sign), danger and anger. On the positive side, it expresses passion and love, energy, action and excitement—not to mention it’s the adopted color for Valentine’s Day. In the East, red suggests good fortune, prosperity, joy and abundance (when worn by brides). Red, when equated with blood, means sacrifice and sin in some religions (Judaism, Christianity).

how can we help you?

Contact us today at the MC&Co. office nearest to you or submit a business inquiry online

The MC&Co. team has been instrumental in steering our EMEA efforts in the last three years, from product brainstorming to market and aftermarket strategy implementation.